On the slim chance that I think I’ve beaten these assholes into my bathroom alone, I discover that one of them has gone stealth and stowed itself away in anticipation of me coming in there. The funny thing is, what if I wanted to use my guest bathroom? Or, I had no plans to go in there until a few hours later? I’m sure these assholes have a plan b.

So what happens when one of them is in there, and the other isn’t is this shit: 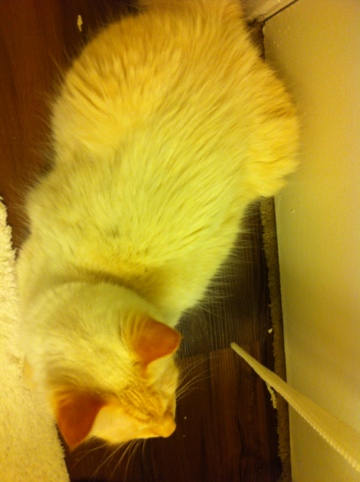 And the entire thing becomes one huge, pretty annoying game that they play until I free the one that’s been locked inside.

Now if Browning is inside the bathroom, and Quigley is locked out, Quigley makes this god awful shriek and claws at the doorframe until I let him in.

There’s seriously no alone time with these assholes.

You’re only a cat lady if there is a cat somewhere in every attempt at a good selfie 😑🙄
😸☺️😼🥺🤮
WHY ARE YOU #catsaresuchdicks #catsaredicks #catlady #catladies #memeday #catlover #catlovers
Hi, yes, what are even cats? #catsaresuchdicks #eleanor #simonebiles #catlover #catlife #catsonthings #getdownfromthere
Happy caturday! This is my brother’s cat, Sam. We are bad at posting 🤷🏻‍♀️
Happy Mother’s Day to all the cat moms 💕💐
%d bloggers like this: