My sister got a dog, and they’re both living with me. This is what my summer will be filled with:

This combines two of my favorite things: My Little Pony and cats. 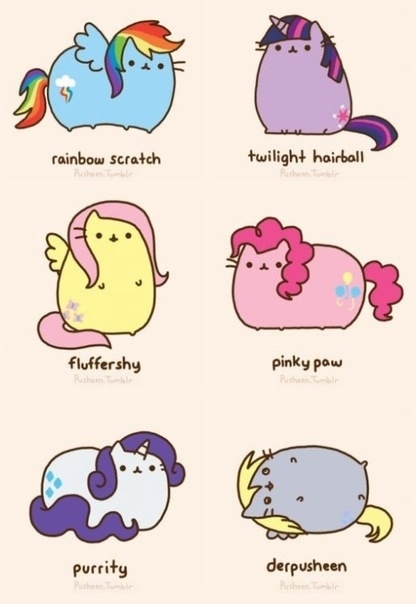 So, I’ve been on vacation, reading the Fifty Shades of Grey trilogy, and I’ve been sick. I apologize for leaving you good people in the irresponsible hands of my blog partner, Suzanne Burgess hyphen Young. “Partner” is used loosely obviously, because the last time she blogged was April 25, commanding that you rejoice, for she had retuned like some biblical brother, and has thus disappeared. If anyone knows where she is by the way, tell her to call me.

Back to cats being dicks. Even though I’ve been MIA for a couple weeks, don’t fret–cats are still dicks, and this blog continues to exist.

A few weeks ago, I bought a throw pillow for my bed, you know, to break up all the blue seersucker. According to the cats, I bought them a new cat bed (editor’s note: I’ve bought three legitimate cat beds in the past, and they haven’t even looked twice at them).

Browning, naturally, discovers his new cat bed first, because he’s the most dickish out of the two.

Quigley discovers the ‘bed’ about a week later, because he’s white and fluffy and stupid. Oh, and he’s fat; he can’t fit on the ‘bed.’ 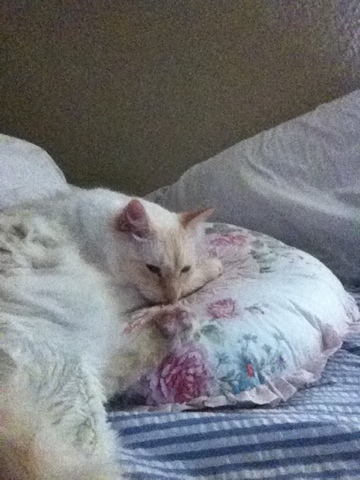 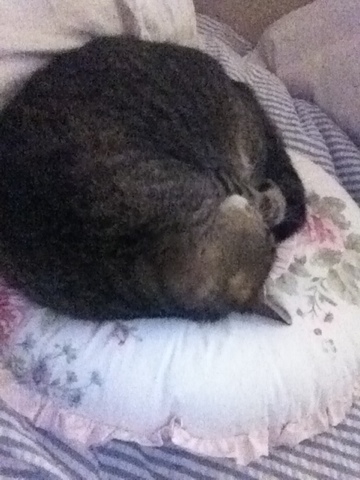 I woke up the middle of the night last night, and both of those fat asses were trying to squeeze onto the ‘bed’–just disappointed that I didn’t think to get a picture of that.