If cats believed in Christmas, all cats would get coal because they’re evil fur covered assholes that unnecessarily complicate their owner’s lives on a daily basis. And they wouldn’t even feel remorseful about it. But they don’t believe in Christmas because they’re dicks and would never, ever, like, ever believe in something so magical simply because it makes the entire planet happy and love each other for a night.

It seems this asshole didn’t get the memo because he’s still checking Santa’s nice list for his name.

I’ll save you the time so you can quickly return to not doing a damn thing…It’s not there because you’ve spent the last year puking on the carpet, eating my fresh flowers, dumping my glasses of water, and sprinting laps on the bed every morning.

It’s been a pretty successful inaugural year here at CatsAreSuchDicks.com. You’ve, hopefully, gotten some good laughs. We’ve been able to vent about how utterly dickish our cats can be. It’s been a fun year.

So, to celebrate here’s a shitload of pictures of cats doing really dumb shit. Enjoy! 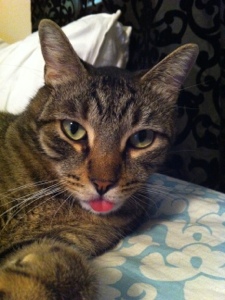 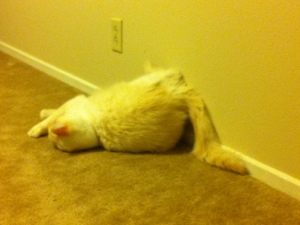 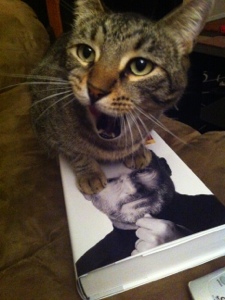 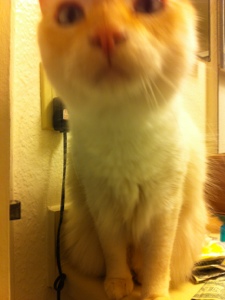 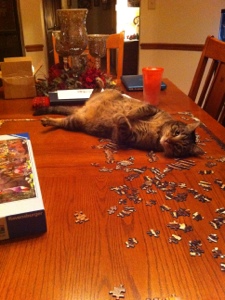 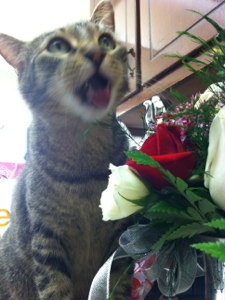 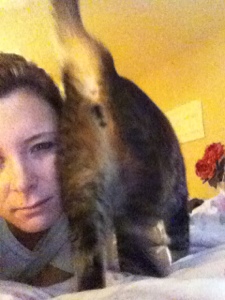 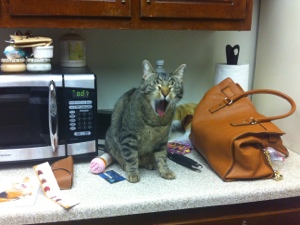 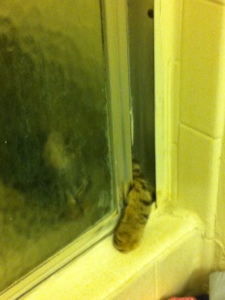 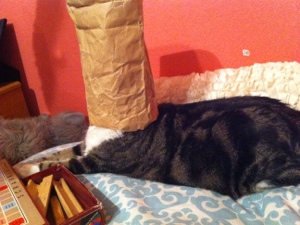 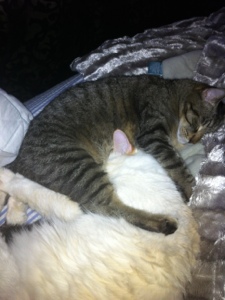 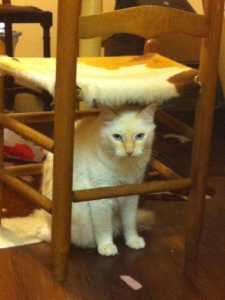 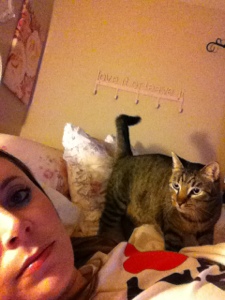 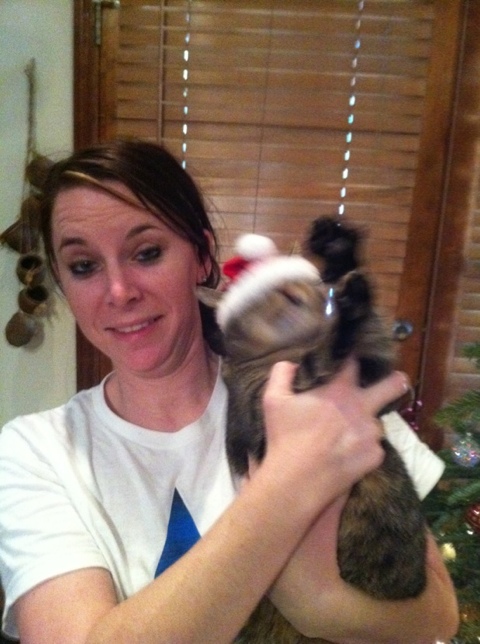 In November, I told you the story about how cats have a general hatred for everything, and even find room in their tiny icy hearts to be jealous of Christmas.

Fast forward to December 13. I’ve done most of my Christmas shopping so I finally bought gift bags and wrapping paper and planned on wrapping gifts tonight. Well, that was a great idea in theory until I realized I didn’t have tape. And not just scotch tape. I don’t have duct tape. Or electrical tape. So I figured a glue stick would suffice to hold the paper around the boxes. That didn’t work either because being the asshole I am, I bought wrapping paper covered in glitter. Glue stick doesn’t stick to glitter. Moving on.

So, I begin to put the gifts that don’t require wrapping into gift bags, when I come across this problem right here:

Browning has made himself comfortable front and center, while Quigley is still unsure about the situation and decides to survey. 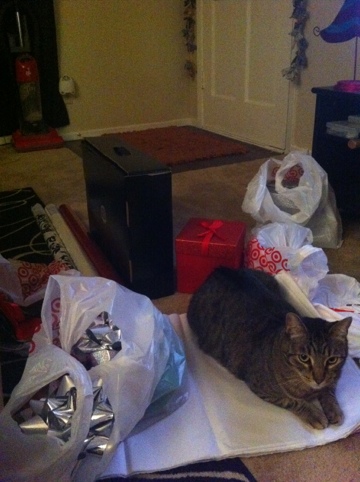 Quigley jets, and Browning continues to be an asshole. He’s basically daring me to wrap him up and give him away.

And finally, the grooming stage. You know your cats have reached the optimum “I don’t give a shit what you’re doing” level when they begin grooming themselves. Cats even hate Christmas.

The naughtiest ornament on the tree 🎄
Numbers 1 and 2 on the Naughty List this year 😈
Isis 1/6/2006 - 11/26/2022 ❤️❤️❤️ Thank you for being with me for so long. You are loved and will be missed.
Please send good vibes for our Isis kitty… she is almost 17 and seems to be winding down (this pic is from 2 years ago). It’s been a tough week for her and a tough year for us with the kitties. We’re going to take her to the vet on Monday to see what we can do to help her be more comfortable.
Since we started giving CBD to Walter every day, not only have his symptoms stopped completely (no digestive issues, no collapses, no labored breathing/gasping), he’s also been gaining weight, playing, and acting like a normal cat (ie, getting into shit and giving us attitude). He’s still taking daily medications in addition to his CBD, but he was on the same meds for months and still had those symptoms. He’s like a different cat now.
My culture is not a costume 🐱